Social media has grown beyond just a way to talk to friends—it’s integrated a fundamental way in which people communicate and live. The way in which technology has proliferated has only made the line between the online and real worlds less and less visible.

In the context of any litigation that deals with the actual ongoing behaviour of individuals, it is crucial that litigators be aware of the data and documents being constantly generated by social media platforms and related technological devices. But specifically in the personal injury context, litigators should be thinking about social media profiles as another source of documents, one which can be as useful for evaluating the holistic elements of the Plaintiff’s ongoing lifestyle and behaviour.

Two cases from 2018 elucidate this idea and demonstrate the situations where a court is likely to order production of social media documents:

In Papamichalopoulos v. Greenwood1, a personal injury matter, the Plaintiff claimed permanent impairments characterized by stiffness, issues with balance and chronic pain. The Plaintiff also posted photographs to various social media accounts in which he was depicted riding a jetski, lifting his spouse and holding his 2-year old son. The Plaintiff had not disclosed any of the contents of his social media accounts in his Affidavit of Documents and, on discovery, his lawyer refused to review the accounts and produce the relevant materials. Master Abrams referenced the case of Leduc v. Roman2 which stands for the proposition that the court can make a reasonable inference about the private sections of a social media account based on what information is publicly available.3  Master Abrams ordered that the Plaintiff was to produce all the posts and photographs made to his Facebook profile, including the metadata of those photographs (details on when and where they were posted) and any comments the Plaintiff or his spouse made on those posts and photographs.

In Isacov v. Schwartzberg4, Master Short dealt with a similar demand for productions. The Plaintiff made claims for personal injuries which she alleged prevented her from wearing high heeled shoes and ballroom dancing. Pictures posted to the Facebook and Instagram accounts of a person who was not even party to the litigation (presumably the Plaintiff’s boyfriend in this case) depicted the Plaintiff wearing high heeled. Master Short granted the Defendant their request for copies of all of the Plaintiff’s social media pages, including both her Facebook and Instagram accounts for the three years before the accident. Master Short held that “in the present technological environment there is a need to include Facebook and similar on line data relevant to matters in issue in personal injury litigation in the appropriate schedules of each party’s Affidavit of Documents.” Despite this pronouncement it remains the rare Plaintiff that lists any social media information in their Affidavit of Documents.

It is notable that in both of these cases the Masters gave little currency to the Plaintiff’s privacy concerns. Master Short deals with the issue more directly and held that the privacy concern was minimal and was outweighed by the Defendant’s right to have a full view of the Plaintiff. This is a significant break from the previous era of litigation over production of social media documents such as in Stewart v Kempster5, in which Justice Heeney held that a Plaintiff had a privacy interest in their private social media profile that was more compelling than the need for disclosure. It is fitting that Master Short began his ruling with the quote “The Times They Are A-Changin’”.

Relevancy is the Key

As is generally true of motions for as-yet-unproduced productions, the key is relevancy. In the two reported cases briefed above as well as our motion, we were able to show that there were other documents that existed in which the Plaintiff was depicted doing things they said they could not do. The triers of these motions were ready to produce private social media contents when there was evidence that it was likely that the private content would be relevant to the issues in the action. Proving this can be difficult if the Plaintiff has their accounts completely locked down. However, the examination for discovery process can be useful in determining what information and documents likely exist on the Plaintiff’s social media pages. This can provide the evidence that further relevant documents are presently hidden from view.

The proliferation of social media documents is largely caused by the ubiquity of smartphones. Many people, whether they are aware or not, transmit the location data from their phones and other devices on a nearly constant basis. If you use Google or Apple Maps with regularity, you have likely created a daily timeline of your whereabouts and your methods of transport.6 Other apps may be similarly receiving location data without your awareness.7 Tech companies have long understood that your personal data is as good as gold.

What does this mean in the personal injury context? Many Plaintiffs alleging serious and permanent impairments allege a loss of livelihood and socializing. Some even profess to be veritable shut-ins. In the context of motor vehicle accidents, Plaintiffs often claim driving anxiety caused by an accident which renders them unable to drive. There is a cottage industry of surveillance in the personal injury field that often aims to capture the very information that people are now collecting on themselves.

While it does not appear that any cases have considered the compellability of location service data, it is easy to imagine the context where it would be useful and relevant to know where a party to an action is going on a daily basis. It seems plausible that courts will consider this information to be compellable and relevant as the current trend is towards openness and disclosure. At the same time, the privacy implications of this location data are distinct from the pictures and posts usually made to social media and may be a consideration.

Location services is just one example of future issues that will likely emerge as the case law develops. The increased use of devices that to communicate and work in the digital world will likely mean that an increasing amount of our data is being recorded – both with and without our explicit knowledge or understanding of what is being logged. Turning this data into documents for litigation purposes can be as easy as a click of a button. As litigators, our job must be to understand what this data consists of and to explore how it can be used during the discovery process.

About Author
James Hirsh was called to the Bar in 2015 and has been practicing as an insurance defence litigator ever since. His practice is focused on tort motor vehicle accident, occupier’s liability, property, product liability, construction defects and commercial litigation claims.

[6] If you want to see what this looks like, try https://www.google.com/maps/timeline?pb or if you have an iPhone, try Settings>Privacy>location Services>System Services>Significant Locations (or Frequent Locations). 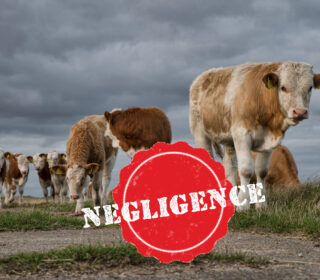